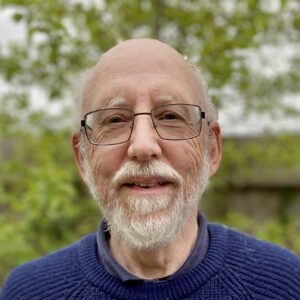 David Grigg is a retired software developer who lives in Melbourne, Australia. He worked in the field of interactive multimedia for over two decades, and has also worked in public relations and as a journalist and sub-editor.

David had several short stories published in professional magazines during the 1970s and 1980s. In 1976 he also had two short fantasy novels for pre-teens published by Cassell Australia. These were Halfway House, and a sequel, Shadows.

During this period, David was deeply involved in the science fiction fan community, publishing fanzines and helping organize SF conventions, eventually becoming Chairman of the 43rd World SF Convention held in Melbourne in 1985.

Since retiring, he has returned to his old love of writing fiction, and has had a number of stories accepted for publication in online and ebook anthologies. His SF novel The Fallen Sun was published in 2018.

Collections of his books are available for purchase on his website.

Disagree with something Perry or David said?